This article was co-written with David Lerner. 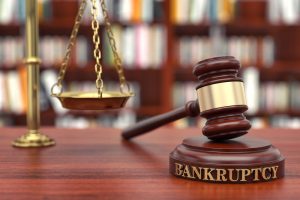 Creditors have faced a morass trying to figure out how to effectively collect debt while complying with the Bankruptcy Code and the Fair Debt Collection Practices Act. Likewise, debtors’ frustratingly confront inconsistent perspectives across bankruptcy and district courts. The Second Circuit Court of Appeals recently issued a decision that brings some clarity and, most notably—makes sense— under both the Bankruptcy Code and the FDCPA. The court held that where a pre-petition creditor tries to collect discharged debt after the debtor has been discharged from bankruptcy proceedings, it must comply with the FDCPA. In short, the FDCPA is a boomerang; once bankruptcy is over, it returns in full force.

In Garfield v Ocwen Loan Servicing, LLC, Dkt. # 15-527 (2nd Cir. Jan. 4, 2016) the Second Circuit ruled that where a creditor engages in debt collection of discharged debt after discharge, the FDCPA applies, and, where violations are alleged, the debtor can bring claims in federal district court, in lieu of returning to bankruptcy court. The key to this ruling is that it relates to post-discharge activities of creditors; there remains a divergence of opinions regarding how the FDCPA applies during bankruptcy proceedings, pre-discharge.

In the Garfield case, the debtor filed for Chapter 13 bankruptcy, and made monthly payments during the bankruptcy proceeding to pay the then-existing arrears on her mortgage loan. Notably, she paid all of the arrears. The Chapter 13 Trustee gave notice that all of the arrears had been paid. The creditor did not object and did not assert that the debtor still owed arrears or was not current on her plan payments. In August 2103, she obtained a discharge. In Garfield, the Second Circuit misstated that she received a discharge of her entire personal obligation for the mortgage loan. Rather, under 11 USC §1328(a), one is not discharged from the personal liability on long term debt secured by the personal residence provided for in the Chapter 13 Plan. The Garfield debtor was permitted to keep the property on the condition that she made payments of $938 per month.

Unfortunately, things did not turn out as the Garfield debtor hoped, and she quickly defaulted by failing to make the monthly payments. In February 2014, the servicer of the debtor’s mortgage loan contacted her and demanded payment of $21,825 or face foreclosure, sent a delinquency notice for more than $22,000, and reported these delinquencies to the credit bureaus. However the arrears for her mortgage obligation at the time was not $22,000 but under $7,000; the creditor was trying to collect $15,000 more than it was owed. In fact, the Debtor had paid the over $15,000 in her bankruptcy case as part of the arrears. Notably, in Garfield action, the parties agreed that the creditor had made an error and was trying to collect sums that had been discharged in the bankruptcy, given the debtor had paid the arrears as part of the Chapter 13 plan.

The debtor filed suit against the creditor in the United States District Court, and brought more than 10 claims under the FDCPA (15 USC §1692e) on the basis of the error, the failure to use the mini-Miranda, and the failure to provide a validation notice. The Garfield creditor sought dismissal of all claims on the basis that there was there a full or partial implied repeal of the FDCPA, that the Bankruptcy Code offered the exclusive remedy, and that the bankruptcy court was the proper forum. The Garfield district court agreed with the creditor, finding that the Bankruptcy Code had the exclusive remedy for debtor’s claim on the basis that it related to collection of a discharged debt.

The debtor appealed and the Second Circuit reversed the district court, finding that at the point of discharge, the debtor no longer had protection of the bankruptcy court. Likewise, neither did the creditor. So, while no automatic stay protected the debtor and prevented the creditor from collecting (or foreclosing the mortgage), the FDCPA did apply to the creditor’s activities. This result makes sense for both the creditor and debtor: it clarifies the applicability of the FDCPA by fixing a finite point in time that it definitely applies, while also fixing a finite point in time that the Bankruptcy Code no longer provides cover for the debtor. Indeed, to the extent that pre-petition creditor remains a creditor post-discharge, under Garfield it is treated exactly as a new post-discharge creditor would be.

It is, however, important to note that the Second Circuit may have reached the right result for the wrong reason based on a mistake of law that seems to have been made in the district court level and perpetuated throughout the process. In the Garfield case, the debtor was in Chapter 13 – not Chapter 7. In Chapter 13, there is no discharge of the personal liability on long term debt secured by a mortgage on the residence , unlike in Chapter 7. 11 USC §1328(a). Indeed, this may explain how the creditor, a sophisticated loan servicer, made the error in the first place. However, this mistake of law is not relevant to the outcome. If the creditor had simply sought to collect $70,000 and not $7,000 by virtue of a typo that resulted in an additional zero after the bankruptcy concluded, the Court would have reached the same conclusion for the same reasons. It is unfortunate though that a quick read of the case may lead one to incorrectly conclude that personal liability on long term debt secured by a residential mortgage is discharged in a Chapter 13 case. Nothing could be further from the truth.

The takeaway is to closely scrutinize Chapter 13 cases, know what debts are being discharged, and carefully update records to ensure that discharged debts are not pursued post-bankruptcy. Otherwise, one may be facing an expensive lawsuit under the FDCPA for post-discharge violations. The interrelationship of bankruptcy law and the FDCPA is evolving and requires vigilance and careful legal advice.