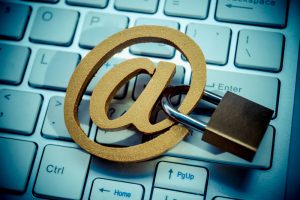 The media headlines are full of stories about the theft and disclosure of incriminating photos of celebrities, credit card numbers, and state secrets. However, such hacking is sometimes much more localized and personal. Unauthorized access to another person’s electronically stored information (i.e. “hacking”) could lead to civil and criminal liability under both state and federal law.

Do you know the password for the personal email account of your competitor, former employee, or ex-husband?  Using that password to access another’s online account may feel innocuous since you can do it from your mobile device or your home computer. While the temptation to review the email of a previous ally turned adversary may be strong, you must resist. Don’t be a hacker.

In Massachusetts, a woman trying to help her husband in a business dispute ended-up on the receiving end of a lawsuit and faced significant liability.  Two doctors who were shareholders in a medical clinic exchanged personal email account passwords to enable them to share specific information related to the clinic’s technology. Cheng v. Romo, Civil Action 11-10007-DJC (D. Mass. Dec. 20, 2013, March 6, 2014).  Several years later, one of the doctors had a business dispute with the other doctor’s husband that resulted in litigation.

In order to help her husband, the doctor tried the access the Yahoo! email account of her former business partner using his years-old password and voila, it worked!  She accessed the email account and printed a series of emails that her husband used in his business litigation. Eventually, the wife’s involvement in obtaining the emails came to light.

After the dispute between the husband and the other doctor resolved, the wife’s former partner sued her under the federal Stored Communications Act and for invasion of privacy.  The case proceeded to trial, and the jury found her guilty, awarding damages to the doctor in excess of $300,000.00.   Subsequently, the Court awarded the Plaintiff an attorney fee award of $241,073.

In personal disputes, the risk that someone accesses another’s email account is great since individuals tend to pay less attention to computer security issues than businesses do.  In Michigan, an information technology professional was involved in a custody dispute with his ex-wife. He correctly guessed the password to her Gmail email account, accessed the emails, and used them during the custody proceedings. The IT professional worked for county government, and his acts were reported to the county prosecutor who initiated a prosecution.

At the trial court level, the IT Professional’s attorney challenged the applicability of the statute in an effort to avoid liability.  However, the Michigan Court of Appeals agreed with the trial court judge and found enough to prosecute him with violating Michigan’s Fraudulent Access to Computers, Computer Systems, and Computer Networks statute. People v. Walker, Case No. 304702 (Mich. Ct. App. Dec. 27, 2011) aff’d, 491 Mich. 931 (Mich. 2012).  This penalty for violating this statue varies depending on the damage caused by the violation and other factors, and ranges from a misdemeanor to a felony and 10 years imprisonment. However, the trial did not go forward.  According to media reports, it was discovered that the IT professionals ex-wife had been illegally accessing his text messages.  Therefore, the prosecutor decided to drop the charges and the IT professional (& his ex-wife) avoided criminal liability.

Your situation might not be so fortuitous. If you need to know information that is contained in another person’s email account, you should use legal channels to get the information. The consequences for snooping in another person’s email account can be significant. Even if it is easy and feels safe, these actions might make you the next hacker to grace the pages of your local paper.